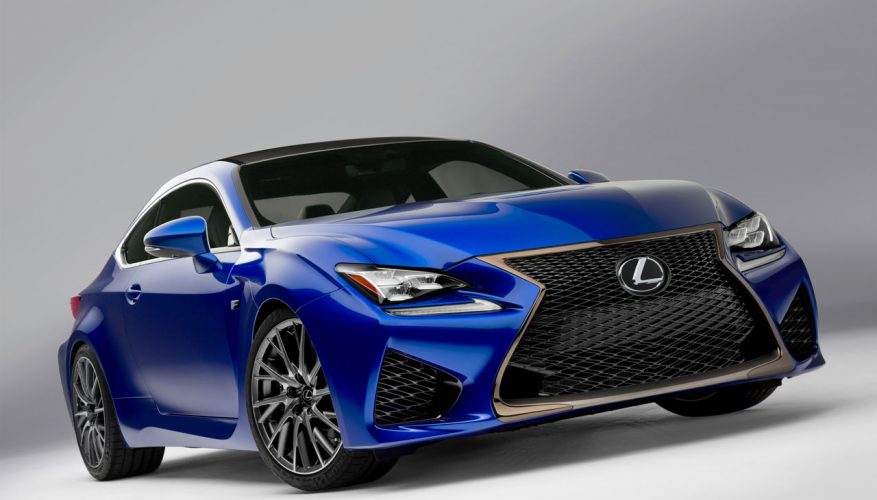 By: Simon Hill
It was a month ago that Lexus teased worldwide audiences with a single close-up image of its "newest Lexus F model," and the promise that the car would deliver a "bold, gritty experience synonymous with the famed Lexus F heritage."

Now, as the North American International Auto Show gets ready to open in Detroit, the Japanese luxury brand has revealed that the promised car is indeed the new RC F coupe, as was expected. Supporting the latest press release is some substantial technical information and, better yet, a full gallery of photos.

The 2015 RC F is based on the all-new RC coupe that was revealed at the Tokyo Motor Show last November, but it features wider wheels and tires, an active rear wing (similar to that on the LFA supercar), and unique styling details. These details include a bolder spindle grille, stacked angled exhausts like on the IS F sedan, and a plethora of air scoops, cooling ducts, and stabilizing fins.

The hood is also higher than the RC coupe’s in order to accommodate the RC F’s big V8 engine. Given that Lexus says the RC F will be "the most powerful V8 performance car ever developed by Lexus," expect it to produce something in excess of the current IS F’s 416 horsepower.

The new car sits on 19-inch forged aluminum wheels that Lexus says will be available in two distinct machine-polished styles or a unique hand-polished design.

Inside, the RC F cockpit is very similar to the new 2014 IS, but with unique sports seats, steering wheel, pedals, and instruments. Similar to the IS, the instrument panel’s dominant central gauge changes according to which driving mode is selected.

The new RC F will compete head-to-head with established performance coupes such the BMW M4 (formerly known as the M3 Coupe) and Audi RS 5. It will be officially revealed at a press conference at Cobo Center in Detroit on January 14.
©(Copyright Canadian Auto Press)
Car Shopping Tools