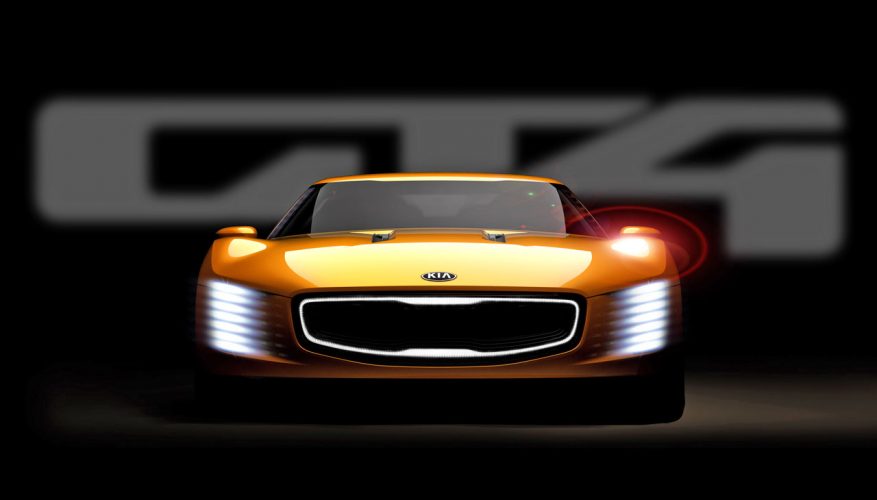 By: Simon Hill
Back in December Kia teased us with an overhead silhouette of a 2+2 sports coupe concept car it would be debuting at the upcoming North American International Auto Show in Detroit. But the image and seating configuration was about all that the Korean automaker revealed, telling us only that the concept was created at Kia’s U.S. design studio in Irvine, California and is "intended to turn heads while delivering superb driving enjoyment on both road and track."

Now with only days to go before the press portion of the Detroit show opens, the automaker has released a second teaser image and some more detailed information about the concept. There’s still not enough information to paint a complete picture of the car, but it’s sure to be music to the ears of automotive enthusiasts.

The car is called the GT4 Stinger Concept, and Kia has confirmed that it will indeed be a rear-wheel drive coupe, with power coming from a turbocharged 2.0-litre four-cylinder churning out an impressive 315 horsepower. Kia promises that the concept will be appropriately low-slung, with the latest iteration of the company’s signature grille riding "mere inches from the ground" and flanked by LED headlights. At the corners will be big 20-inch wheels, while up front there are cooling vents to funnel air to the brakes and a carbon-fibre front splitter to help create downforce and keep the car planted to the tarmac.

Whether the concept will ever see production remains unclear, but it’s certainly not far-fetched to imagine Kia building a halo sports car based on sister company Hyundai’s rear-drive Genesis coupe platform. Such a car would likely compete directly with the critically acclaimed Scion FR-S and Subaru BRZ twins, although with 315 ponies under the hood the Kia would out-muscle the 200-horsepower Japanese twins by more than 50 percent. Of course that’s nothing Scion and Subaru couldn’t overcome with a turbocharger of their own, possibly dropping the gauntlet for a performance coupe challenge that could only be settled on the popular and highly visible drift racing circuit. How’s that for a concept?