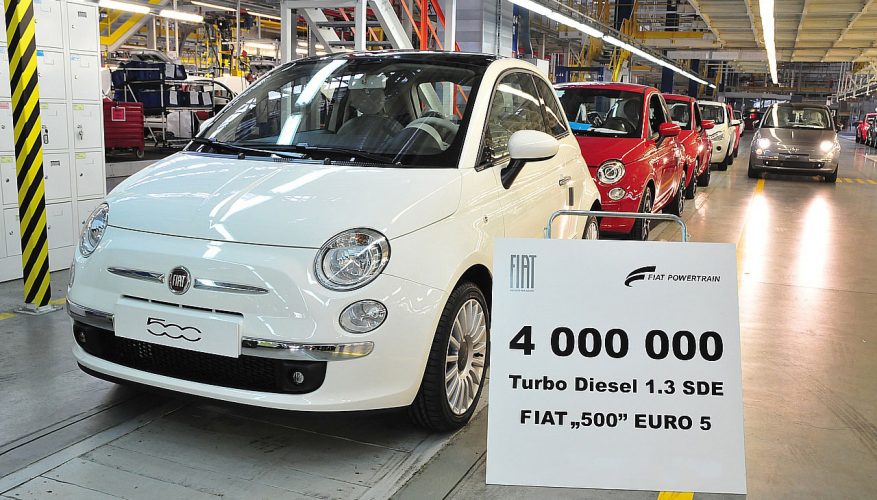 By: Simon Hill
In a move that will create the world’s seventh-largest car company once it’s signed off, Fiat announced that it has purchased the remaining 41 percent of Chrysler shares that it did not already own.

Fiat CEO Sergio Marchionne called the deal "one of those defining moments that will go down in history books" and said he plans to widen the company’s global reach. Robert Naftaly, the chair of the committee that governs Veba said, "This agreement is in the best interests of the trust’s UAW Chrysler retiree members and their families who rely on the trust to provide vital healthcare benefits."

The deal was seen as good news by the markets, with Fiat shares surging by 15 percent to reach their highest levels in over a year. However, union representatives in Italy expressed concern over Fiat’s commitment to Italy, where the automaker is currently the country’s largest private employer, with one-third of its 215,000 strong global workforce based there. CGIL Labour confederation leader Susanna Camusso said in a statement that Fiat must keep its strategic direction and planning, and must maintain a "significant presence" in Italy. "Before celebrating, we contend that it is fundamental to understand the deal’s terms," concluded Michael De Palma from the FIOM metalworker’s union.

Echoing these concerns, industry experts expressed caution regarding the debt levels the new company is exposed to. In an interview with the BBC, David Bailey, a professor of industrial strategy at the Aston Business School, noted "the deal still leaves Fiat hugely indebted when the European market is pretty moribund."  He said that the idea of sharing platforms, technology and components will enable the combined companies to reduce costs and compete more effectively with large automakers like Volkswagen, but that new product development would likely require further investment from another company. "I can’t see this thing being big enough on its own … given its debt pile," he said. "I still think a further tie up and perhaps an equity stake by an outside investor – perhaps a Chinese auto firm – will be needed to get the debt down and to give the scale to exploit volume economies across brands. This isn’t the end of the story."
©(Copyright Canadian Auto Press)
Car Shopping Tools