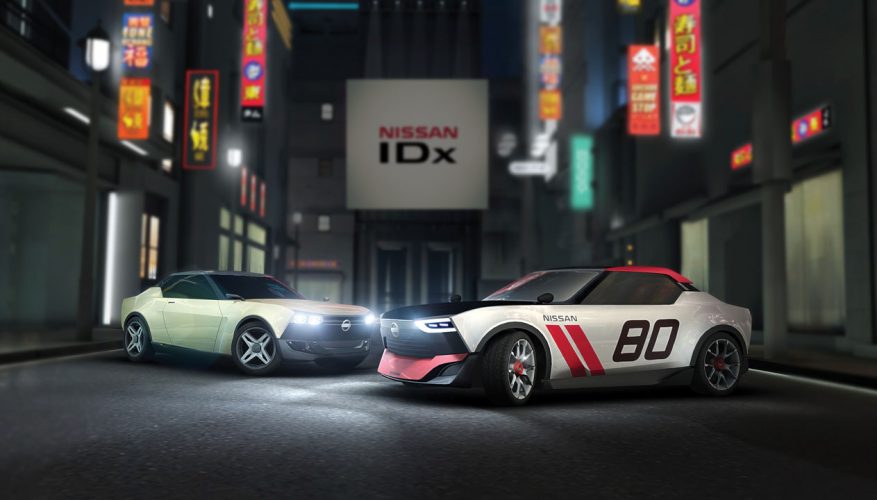 By: Simon Hill
Nissan will be showing a trio of concept cars at the 2014 North American International Auto Show in Detroit, one of which is making its world debut at the show. According to Nissan’s press materials the new Sport Sedan Concept will offer "an advanced look at a future production vehicle." It will be joined by the Nissan IDx Freeflow and IDx NISMO concepts, which drew plenty of attention when they debuted at the recent Tokyo Motor Show.

While Nissan didn’t provide much detail about the Sport Sedan Concept when it released the teaser image, it’s expected that the "future production vehicle" the concept hints at is in fact the next-generation Maxima. The current Maxima was introduced in 2008 for the 2009 model year, which means that it predates much of the company’s current styling language.

The Sport Sedan Concept, according to Nissan, previews "a new energetic design direction that amplifies Nissan’s legendary approach of applying sports car principles to a sedan." The teaser image shows a hunkered-down looking design with sporty swept-back headlights and a trapezoidal grille reminiscent of the recently updated Nissan Rogue.

The IDx Freeflow and IDx Nismo concepts that will be joining the Sport Sedan Concept in Detroit were envisioned as modern reinterpretations of Nissan’s once-popular Datsun 510. The IDx Freeflow is designed to express a "casual, lifestyle-focused vision" according to Nissan, while the IDx Nismo offers an "ultra-sporty design" influenced by driving video games.

Both use Nissan’s new "flexible box" platform, which features a structure specifically designed to allow the car to take on various appearances, with vast freedom for customization. According to a previous Nissan press release, the IDx Freeflow concept could be powered by a 1.2- to 1.5-litre engine and CVT transmission, while the IDx Nismo could get a 1.6L engine with a sport-tuned CVT featuring six-speed manual shift mode.

The trio of concepts will be revealed at a press conference on January 13, 2014 at 3:50 p.m. EST, and will be on display throughout the public days of the show, which runs at Detroit’s Cobo Hall from January 18th through 26th.