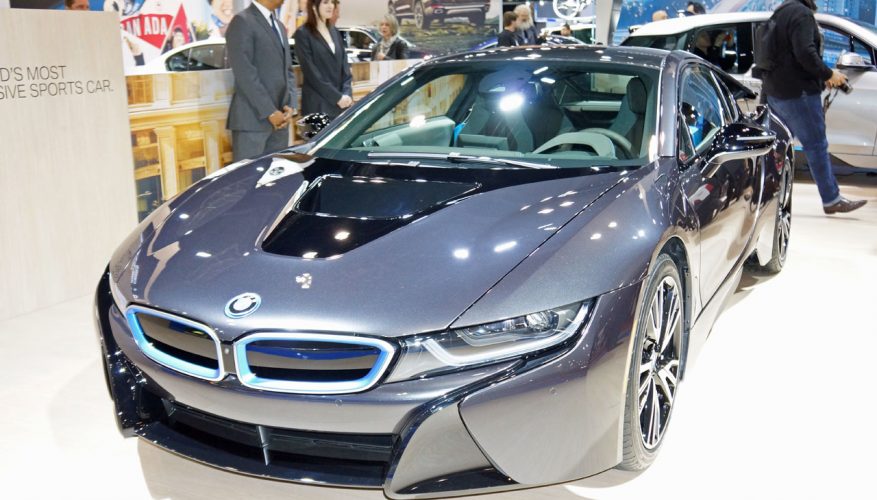 By: Trevor Hofmann
BMW, which is showing its new i3 full-electric compact and i8 hybrid-electric sports coupe at the Vancouver International Auto Show this week, is targeting 100,000 electrified vehicle sales by the year 2020, a year chosen so that it can meet more stringent European Union emission standards that were to be applied on the first year of the next decade.

BMW won’t likely stop at the mass-market i3 or its niche-oriented i8 in its quest to reach 100,000 EV unit sales by 2020, so expect adaptations of the new models as well as additional “i” models in coming years.

Production of the new i3 and i8 will nevertheless be increased in 2018 in anticipation of achieving the 100,000-unit goal, said BMW CEO Norbert Reithofer to reporters earlier this week. The German brand wants to reduce its average emissions by 105 grams per km within the next six years, which would be a significant improvement over the 133 gram/km its vehicles emit now. The EU’s industry-wide goal is 95 grams/km by 2021, down from a current industry-average of 130 grams/km. BMW’s goal of reaching its 105 gram/km target a year earlier by 2020 reflects the original target date set by the EU, although lobbying by European automakers forced the date to be set back another year. The result of the EU’s stricter standards is expected to be a reduction in car and van carbon dioxide emissions of approximately 422 million tons by 2030.

So how is BMW doing in its lofty goal so far? Since going on sale in Germany last fall, the full-electric i3 has garnered more than 10,000 orders, while the i8 hybrid sports coupe won’t be on sale until June of this year, but the company predicts buyers will have at least a six month waiting list to get their hands on the stunning new model.

It is expected BMW will need a USD $2 billion investment to achieve its 100,000 unit production goal, said Reithofer, which seems quite reasonable compared to Renault-Nissan that has spent USD $5.4 billion in its electric vehicle program that includes the popular Nissan Leaf and Renault Zoe models.
©(Copyright Canadian Auto Press)
Car Shopping Tools