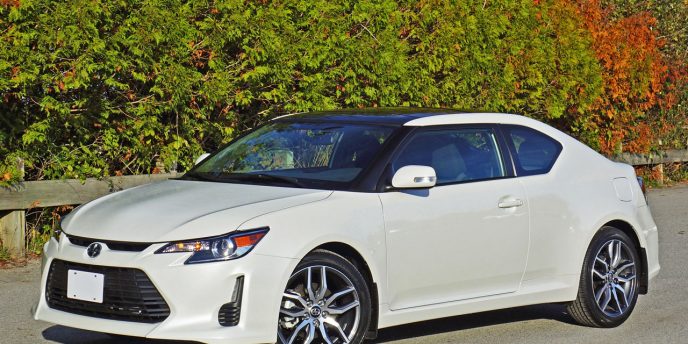 Scion has updated its 2016 tC with a fabulous new 7-inch Pioneer infotainment system, so now this zippy sports coupe offers state-of-the-art big screen connectivity. Along with 179-hp, 6-speed manual…
Think of the tC as the Corolla's sportier two-door sibling. A brother from another mother, albeit the same dad. The dad is Akio Toyoda, indirectly at least. He's the man responsible for injecting some much-needed life into a Toyota namesake brand that was too staid and conservative when he took over as president and CEO of TMC in June of 2009, and the rest, as they say, is history. Scion, which is largely made up of reworked Toyota products not available here, has been a direct benefactor.

The tC preceded Toyoda's six-year legacy, if you can call half a dozen years of leadership a legacy. Either way, one of his crowning achievements thus far is the brilliant FR-S sports coupe that wears the Scion nameplate here in North America. Neither the FR-S or this tC is an all-out success story when it comes to sales, but both have boosted the image of Toyota's global operations and morale within Scion, while the result of Toyoda-san's focus on aspirational design and overall refinement Read Full Story 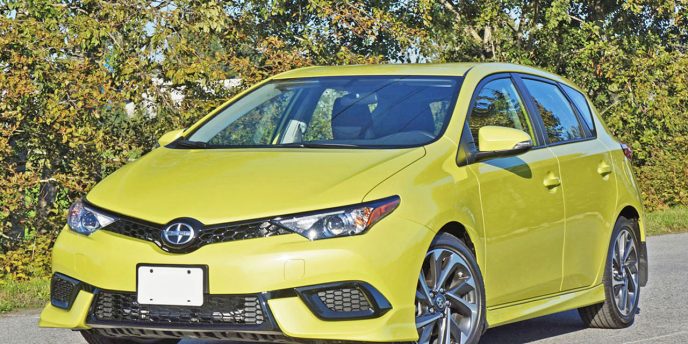 Could the iM be the mega-hit Scion has long needed? The FR-S has done well, but the iM targets a much larger compact hatchback demographic. Check out our coverage of a CVTi-S equipped version complete…
Unlike other Scions, the iM isn't trying to hide its heritage. The Scion badge on its sweptback grille could just as easily be swapped out for an identically sized and shaped Toyota logo, as I'm sure many compact sport buyers will do. And why not? A slightly less aggressively kitted out version sells as the Toyota Corolla Auris Hatchback in European markets after all, so while there'll be some who'll want to differentiate themselves from their parent's Corollas and Camrys by driving a sport-tuned Scion, the rest of us can enjoy the fact that it's really nothing more or less than a tried and tested Corolla under its sleek and stylish skin. Well, at least nothing more than a Euro-spec Corolla… more on that in a moment.

It certainly looks good. My tester's bright yellowish Spring Green paintwork snapped necks and locked in eyeballs as I drove by, while its glossy black details added to its sporting edge. Premium touches enhanced the already stylish five-door, including LED-infused Read Full Story 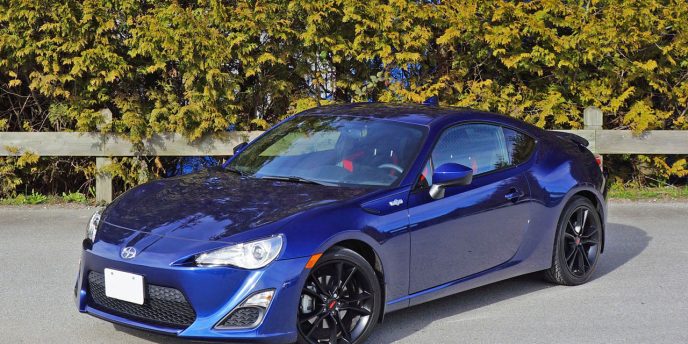 Is Toyota losing potential customers because of its slow-selling Scion brand? And is the brilliantly executed FR-S wasted under a nameplate that won’t benefit from the trickledown effect of its halo…
Look up "Scion" in the dictionary and the answer you'll get puts the automotive brand into perspective. Answer 1. "A young shoot or twig of a plant, especially one cut for grafting or rooting." Answer 2. "A descendant of a notable family." Scion is a comparatively young offshoot of a very notable family, Toyota, and it's even rooted in the youth movement.

When Scion began as an exclusive California-only project just after this current millennium turned, and then soon expanded across the U.S., it seemed like Toyota was onto something big. Toyota Canada bought into the program seven years later, and while most auto scribes including yours truly were all gung ho about the idea, in retrospect they may have been better off giving it a pass, or at least augmenting the program. Why?

Unfortunately, today's youth aren't all that interested in cars. Ask any teen what matters more, getting their driver's license or a new smartphone, and… well you probably already know the Read Full Story 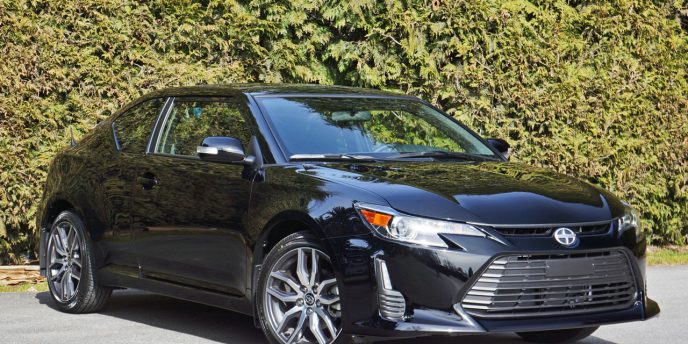 Back in January, Trevor Hofmann reviewed a 2015 Scion tC equipped with its optional six-speed automatic, whereas this time around he strapped himself into a similar tC sporting the slick shifting six-speed…
Remember Toyota's Celica? The now classic model still has a lot of diehard fans that collect, restore and custom-tune the once popular sport coupe, from its Carina-based rear-drive origins to the final front-drive seventh-generation Corolla-sourced model, a car that I quickly fell for as a budding automotive journalist way back at the turn of the century, it's a very special bit of Toyota culture and history.

While Toyota now produces the GT 86, a wholly better-performing sports coupe than the Celica ever was, even when offered in now legendary rally-inspired Turbo AWD guise (I can't describe how much I wanted that car when it arrived on the scene), the Celica filled its 2+2 sport coupe niche respectably and no doubt would still enjoy an ardent following if produced today.

In many respects Toyota's newish Scion youth-brand fills the sporty roll of its parent automaker here in North America, which is a philosophy that's somewhat at odds with the man that heads up all of Read Full Story 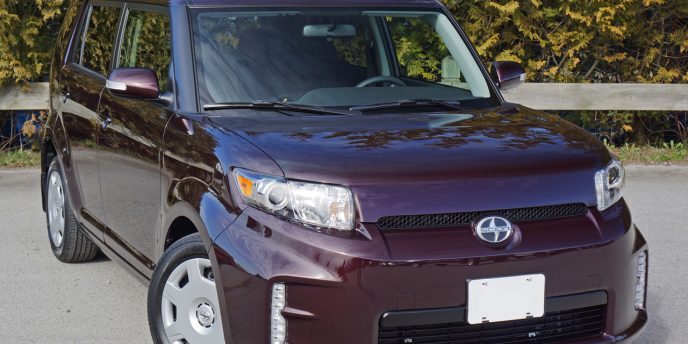 Want a good little compact MPV that stands out from the crowd, delivers decent performance, good gas mileage and is rock steady reliable? How about a Scion xB? Consider it a boxy Toyota Matrix, although…
Scion is the best kept secret in Canada, but I'm willing to take a stab at guessing the youth-oriented brands' parent company, Toyota, would rather it wasn't so obscure.

The xB, for instance, is a great car. It rides on the same New MC-platform architecture as the latest Toyota Corolla, a more recent design than the outgoing Matrix wagon, yet offers more power than either from a larger four-cylinder engine as well more interior space. It comes standard with more features too, while its base price point of $19,110 plus $1,695 for freight and pre-delivery preparation is less than what you'd pay if you added similar content to the aforementioned cars, while Scion has a cool and, as mentioned, exclusive cachet.

To give you an idea of just how exclusive it is, Scion sold 651 xB models in Canada last year, while Toyota sold 48,881 Corollas and 7,130 Matrix models, and being that the Matrix was discontinued it wasn't even available for the full year. The previous year Toyota Read Full Story
Car Shopping Tools