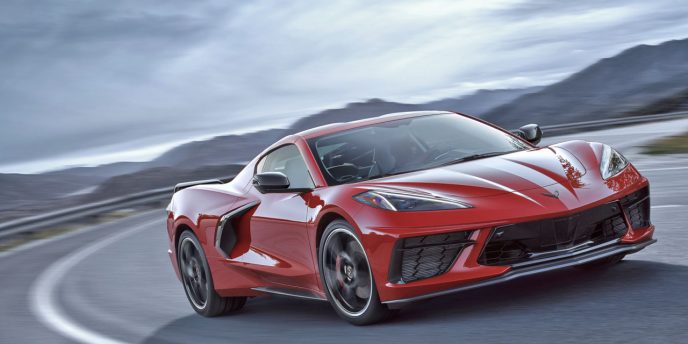 Guessing which vehicles will take home the annual North American Car, Utility and Truck of the Year awards is easier some years than others, but most industry experts had 2020’s crop of winners chosen…

Guessing which vehicles will take home the annual North American Car, Utility and Truck of the Year awards is easier some years than others, but most industry experts had 2020’s crop of winners chosen long before this week’s announcement.

The actual name of the award is the North American Car and Truck of the Year (NACTOY) despite now having three categories covering passenger cars, a sport utility vehicles and pickup trucks.

Just 50 automotive journalists make up the NACTOY jury, from print, online, radio and broadcast media in both the United States and Canada, with the finalists presented in the fall and eventual winners awarded each year at the North American International Auto Show (NAIAS) in Detroit, although this year’s presentation was changed to a separate event at Detroit’s TCF Center (formerly known as Cobo Hall/Cobo Center) due to the 2020 NAIAS moving its dates forward to June 7-20 this year. The NACTOY awards were first presented in 1994, with the Utility Vehicle category added in 2017.

Of note, nomination requirements include completely new vehicles, total redesigns, or significant refreshes. In other words, the nominated vehicle needs to be something most consumers would consider new to the market or substantially different from a model’s predecessor. Also important, the finalists earned their top-three placement by judging their segment leadership, innovation, design, safety, handling, driver satisfaction and value for money.

The selection process started in June last year, with the vehicle eligibility determined after three rounds of voting. NACTOY used the independent accounting firm Deloitte LLP to tally the votes and kept them secret until the envelopes were unsealed on stage by the organization’s President, Lauren Fix, Vice President, Chris Paukert, and Secretary-Treasurer, Kirk Bell.

The finalists in the “Car” category included the Chevrolet Corvette, Hyundai Sonata and Toyota Supra, with the final winner being the new seventh-generation mid-engine Corvette, a total game changer for the model and sports car category. Interestingly, it’s been six years since a sports car won the passenger car category, so kudos to Chevy for creating something so spectacular it couldn’t be ignored, while Toyota and Hyundai should also be commended for their excellent entries.

“A mid-engine Corvette was a huge risk for Chevy’s muscle-car icon. They nailed it. Stunning styling, interior, and performance for one-third of the cost of comparable European exotics,” said Henry Payne, auto critic for The Detroit News.

The “Utility Vehicle” finalists included the Hyundai Palisade, Kia Telluride and Lincoln Aviator, with most industry insiders believing one of the two South Korean entries (which are basically the same vehicle under the skin, a la Chevrolet Traverse/GMC Acadia) would take home the prize, and lo and behold the Kia Telluride earned top marks.

Lastly, “Truck” of the year finalists included the new to us Ford Ranger, the entirely new Jeep Gladiator, and the Ram HD (Heavy Duty) 2500 and 3500, with the sensational new Gladiator getting the highest marks. Incidentally, you’d need to look all the way back to 1999 to find a Jeep that won its category, that model being the Grand Cherokee.

“What’s not to like about a pickup truck with not only a soft-top removable roof but even removable doors? If you want massive cargo-hauling capability or the ability to tow 10,000 pounds, buy something else,” said longtime automotive journalist John Voelcker. “The eagerly awaited Gladiator is a one-of-a-kind truck, every bit the Jeep its Wrangler sibling is … but with a pickup bed. How could you possibly get more American than that?”

Of note, NACTOY is an independent, non-profit organization, with elected officers and funding by dues-paying journalist members.

Find out more about the 2020 Chevrolet Corvette, 2020 Kia Telluride and 2020 Jeep Gladiator at CarCostCanada, where you can get trim, package and individual option pricing, plus rebate info and even dealer invoice pricing that could save you thousands. While the Corvette is not yet available, you can get up to $1,000 in additional incentives on the new Telluride, and factory leasing and financing rates from 4.09 percent for the new Gladiator. Make sure to check CarCostCanada for more. 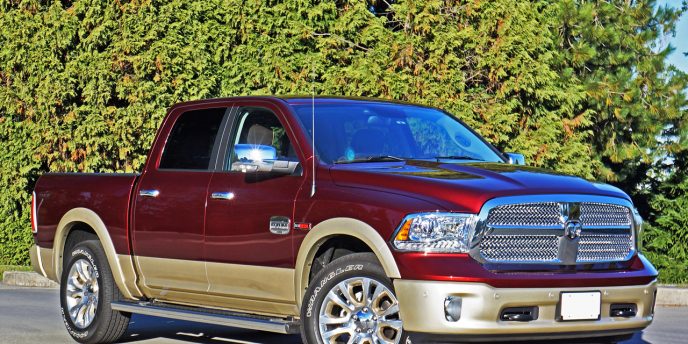 You'd think by merely swapping Limited for Longhorn there wouldn't be much difference in the way these two trucks look, but the former is focused much more on urbanites whereas as the latter is pure country. Think rich rancher instead of a simple ranch hand, mind you, the 2016 Ram 1500 EcoDiesel Crew Cab Laramie Longhorn 4x4 starting at a cool $58,495 plus freight and fees compared to $31,095 for the base 1500 ST. The Laramie Limited? It's priced even higher at $62,495.

In between workhorse ST and the dolled up Laramie Longhorn are SXT, SLT, HFE, Outdoorsman, Sport, Big Horn, Laramie, and Rebel models. Like I said, there's Read Full Story 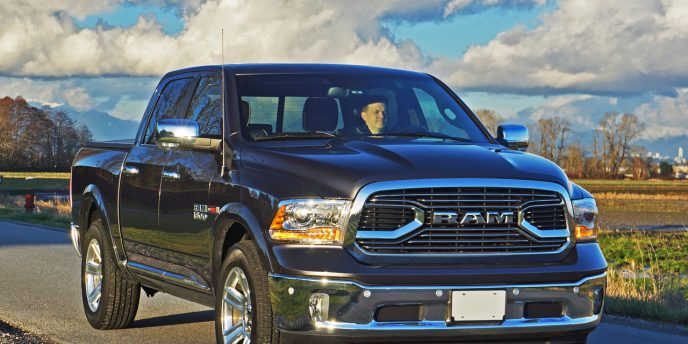 Want the ultimate luxury pickup truck? Ram has a 1500 Laramie Limited with your name on it. Along with turbo-diesel power, an 8-speed auto, 20-inch alloys and an air suspension it comes with a full-leather…
With the recent announcement that the Dodge Dart and Chrysler 200 will soon be eliminated from Fiat Chrysler Automobiles' lineup, it appears the Italian-American automaker has little faith in its ability to make serious gains within the compact and mid-size car segments anytime soon, but due to a recent upsurge in crossover SUV and truck sales it hardly seems to matter overall.

Lower pump prices in Canada and the U.S. are spurring on sales of larger models, such as this Ram 1500, providing FCA Canada with record-setting 2015 calendar year sales that even resulted in bestselling automaker status. FCA's four-brand arsenal captured 15.4 percent of last year's new vehicle sales, outselling both Ford and General Motors' Canadian divisions for the first time ever, the latter automakers with 14.7 percent and 13.9 percent of market share respectively. While the mantra "timing is everything" seems to be part of the reason for FCA's success, with Ford F-150 production issues hurting sales Read Full Story 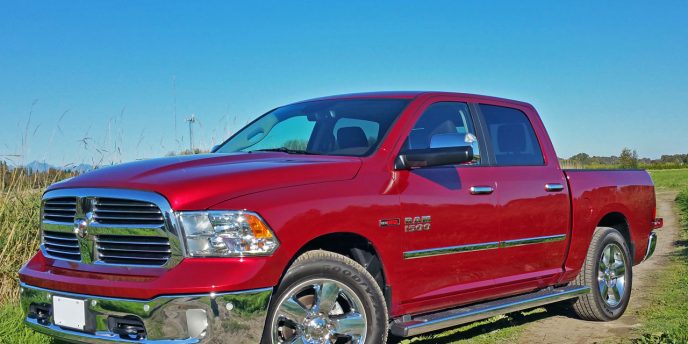 Need to tow heavy loads but don’t want to be depleted of all your resources at the pump? Ram’s 1500 EcoDiesel puts out 420 lb-ft of torque yet claims 12.1 L/100km city and 8.8 hwy with 4WD or 11.6…
Since Ram adopted the big rig look back in '93, they've been a solid number three instead of a distant third here in Canada, even as recently as calendar year 2014 coming very close to toppling combined Chevrolet Silverado and GMC Sierra sales. Ram missed achieving this feat by a mere 1,484 models, which would be a significant margin if we were comparing Chevy Malibu to Chrysler 200 sales, but in the Canadian half-ton market where the two GM pickups found 90,005 new owners to the Ram 1500's 88,521 buyers, it was losing by a hair.

The Chrysler 200 ended up 3,409 units in the clear for calendar 2014, incidentally, but with 11,655 200 sales to the Malibu's 8,246 deliveries you get my point. This is where I'd like to say something witty like, GM had better watch out or Ram's trucks will soon oust them for second spot overall, but as it is the General's 6,237 unit lead as of October 2015 is probably too much for Ram to overcome in the next two months. This no doubt comes as a bit of Read Full Story

Perforated 10-way powered leather seats with heat and ventilation? A heatable leather-wrapped steering wheel? 8.4-inch infotainment? Is this a premium luxury sedan or maybe a top-tier sports car? No,…
So who's kicking half-ton pickup truck butt in the Canadian market these days? If you guessed Ford with its F-Series you'd be right, but Chevy is no longer number two. That spot has actually belonged to Ram for some time.

It takes two General Motors brands to push Ram off the second-place podium, and not by much. The Ram brand sold 88,521 pickup trucks in Canada last year, an improvement of more than 10 percent compared to 2013. It'll no doubt be some time before Ram gets close enough to Ford for it to even see the big blue oval on the backside of an F-Series truck, but it's been outselling both Chevy Silverado and GMC Sierra trucks since 2010, the GM models only achieving 41,959 and 48,046 Canadian sales respectively last year for a total of just 90,005, only 1,484 units more than Ram. At the rate Ram is growing it may not be long before it passes right on by the General's combined dual-brand pickup sales, which may cause some soul searching in Oshawa. Just in case you were wondering, Read Full Story
Car Shopping Tools