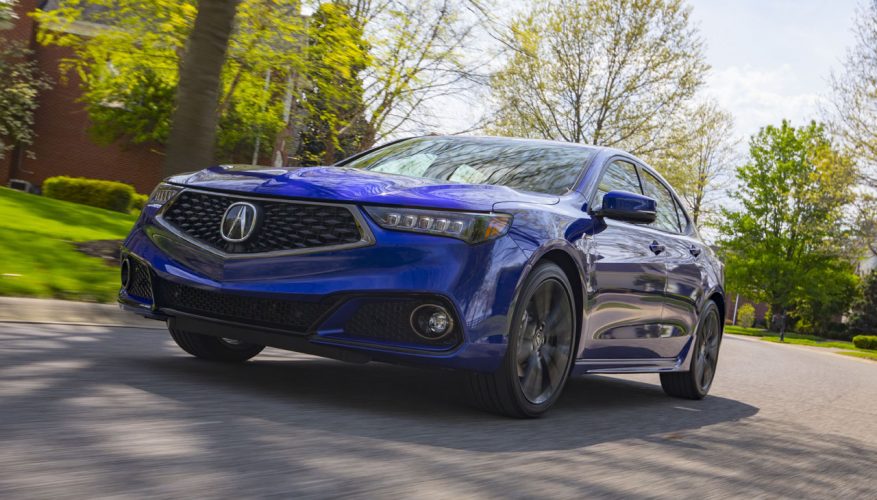 News that Acura would be making a sporty A-Spec version of its four-cylinder powered, front-wheel drive TLX should be well accepted now that it’s available, as the new variant costs thousands less than the V6-powered model and reduces ongoing costs by achieving better fuel economy.

To be clear, the 2.4-litre inline-four may be the base engine, but it’s still a sporty alternative to the 3.5-litre V6 thanks to 206 horsepower and 182 lb-ft of torque, an ultra-quick shifting eight-speed dual-clutch automated transmission with standard steering wheel-mounted paddle shifters, rear-wheel steering, and a reduction of 123 kilograms in curb weight.

Of course, another bonus that comes with ownership of the four-cylinder powered 2019 TLX A-Spec that shouldn’t be overlooked when comparing it to the 3.5-litre version is fuel-efficiency, the new model rated at 10.2 L/100km in the city, 7.4 on the highway and 8.9 combined, which is only 0.2 L/100km more city/highway combined fuel consumption than the base TLX due to its larger wheels and tires, yet it’s also 1.4 L/100km combined city/highway more efficient than the V6-powered car.

With the recent announcement of the redesigned 2019 ILX sedan, and the all-new 2019 RDX A-Spec and updated 2019 MDX A-Spec, all of which come with A-Spec variants, the only models left in the lineup to receive the sporty trim level are RLX flagship sedan, which may not receive it, and the NSX mid-engine sport car, which surely doesn’t need it.

For complete pricing information on all 2019 Acura TLX trims, plus important dealer invoice pricing and model rebate program information that could save you thousands off your next car purchase, make sure to check out CarCostCanada.com.