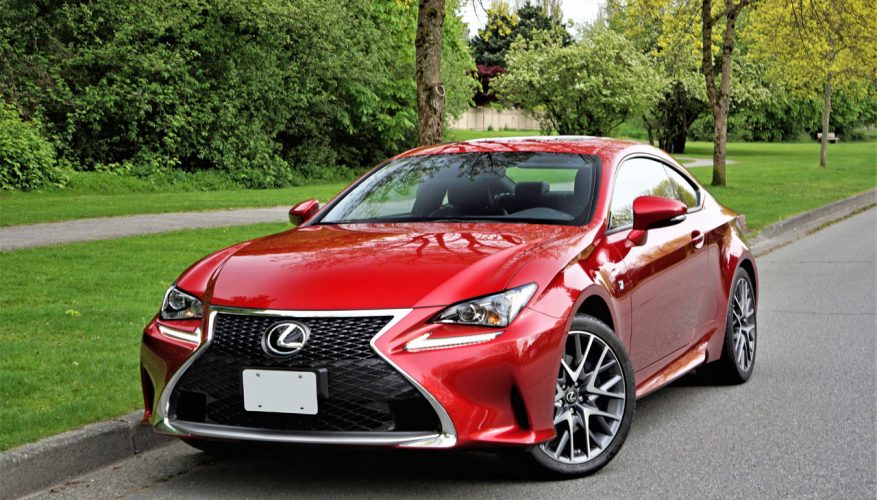 By: Trevor Hofmann
Where would you slot Lexus into the premium manufacturer matrix? Are they in the same league as the Germans, more desirable than their British, Swedish and American counterparts, or ahead of their Japanese peers?

In the U.S. Lexus is considered a Tier 1 luxury brand, along with Mercedes-Benz, BMW and Audi; we don’t really have such a ranking, or at least I’ve never been able to find anything suggesting it. Strong sales numbers have a lot to do with their top-tier placement, but it also comes down to their near full range of models. For a relatively new brand, such a wide assortment of models and body styles means that some don’t sell well enough to make much if any money, but instead provide important branding that trickles down to enhance higher volume cars and SUVs.

The IS series was Lexus Canada’s bestselling car last year with more than 3,000 deliveries. This is a polar opposite result from Lexus’ U.S. division sales that saw the more comfort-oriented ES series as the brand’s premium car populist last year and every year prior, by a long shot, whereas that larger front-wheel drive four-door model only found 2,153 buyers during calendar year 2016 in Canada. This shows that Canadians view Lexus in a sportier light than our friends to the south, but still not enough to snap up RC coupes en masse.

The stylish new two-door hardtop model only managed to pull in 526 luxury buyers last year, which while more positive than the 415 mid-size GS and 95 flagship LS luxury sedans sold during the same 12 months, is a far cry from the 4,765 BMW 4 Series delivered through 2016. Granted, BMW makes three different 4 Series body styles to the lone RC coupe, one of them being a four-door coupe that comes pretty close to matching the 3 Series for size and style. Likewise Mercedes provides two body styles for this class, but lumps their sales in with the C-Class sedan so it’s impossible for us to compare its coupe to the RC, but it’s likely much stronger as well.

A similar scenario is playing out for 2017, with only 486 RCs down the road after 11 months of availability compared to 3,481 4 Series models, while Audi’s redesigned A5 has catapulted from a mere 1,516 deliveries in 2016 to 3,491 thus far in 2017, whereas Lexus archrival Infiniti pushed Q60 sales up from just 422 units last year to 1,066 by the end of November this year thanks to an effective redesign. Does Lexus need to rethink its RC to find the same kind of success? Maybe.

They might try advertising it a bit more. After inundating us with poetic Kit Harington (a.k.a. Game of Thrones’ Jon Snow) ads throughout 2016, Infiniti’s Q60 Red Sport 400 can now be regularly seen blowing away the RC 350 F Sport in a 15-second YouTube short, but the RC might simply need more time on the market in order to build up a following.

Lexus’ has been spending more time and money in the SUV arena, with its RX and NX benefiting. In fact, the RX led sales for the Japanese brand as well as Canada’s entire mid-size SUV segment last year with 8,147 deliveries, whereas the fresher NX was already third in its class with 6,295 deliveries. Even the massive full-size LX SUV outsold the RC with 748 units throughout 2016, while the sizeable GX also outshone RC numbers with 551 units down unpaved roads. That trend has been exacerbated during 2017, with 475 examples of the GX and 859 LX models sold over the first 11 months (the latter almost matched by Infiniti’s QX80 that found 832 buyers), while the RX has already said so long to last year’s total with 8,728 sold by November’s close, and the NX has likewise surpassed 2016 sales with 6,991 sold so far this year. With SUV numbers like these, Lexus is probably ok with the RC’s slow progress.

Just the same, we can’t discount the importance of sports models like the RC when it comes to brand image as noted earlier, and the beautiful Infrared painted 2017 RC 300 AWD F Sport on this page pulls eyeballs almost as effectively as the same spec car did in Solar Flare orange last year. That vibrant colour isn’t available for the 2017 model year, although seemingly identical Molten Pearl can be had on the even rarer V8-powered RC F super coupe, this being one of the only changes for the regular RC model’s third year of existence.

Many thought the 2.0-litre RC Turbo, currently available in the U.S., would’ve been added to the Canadian lineup for 2017 in order to drop the price and hopefully attract more buyers, but Lexus appears to want its northernmost coupes fitted with all-wheel drive and that car is only pushed from the rear, so the $49,050 RC 300 AWD is base here in Canada, even sticking with the two-model lineup into 2018, although the car I’m reviewing here will get a minor 5 horsepower bump up.

The only other notable option is a dealer-added F Sport performance exhaust system integrated within a fabulous looking rear bumper diffuser (for about $2,050 and change). Lexus claims the upgraded exhaust reduces backpressure for increased torque, which might be noticeable given the RC 300 AWD’s modest engine output.

Despite its considerable 3.5 litres of displacement, the base V6 makes just 255 horsepower and 236 lb-ft of torque for fairly relaxed performance due to the coupe’s considerable 1,765-kilo (3,891-lb) curb weight (it’s actually a bit heavier with the F Sport gear). Making it feel even more comfort-biased is a six-speed autobox in a segment filled with snappier eight-speed auto and dual-clutch alternatives.

So how does it feel? Better than you might expect. Its base powertrain gets the RC off the line effortlessly and its gearbox operates as smoothly as the big V6, plus includes steering wheel paddles in F Sport guise. It makes a nice rasp at full throttle too, especially in Sport or S+ mode, sounding much more convincing than any of the four-cylinders on offer, and there’s something intangible about a V6 when it comes to delivering premium feel. That engine note likely makes it seem faster than it really is, but in reality its 6.3-second jog to 100km/h is merely ok in comparison to its peers.

This can really be felt in the handling, the RC a tad lethargic when attempting to flick it through tight fast-paced corners. It doesn’t deliver the same level of “tossability” as the Germans, and comes up short on road surface connectivity as well, the steering not as direct and somewhat numb. It rides comfortably, however, even in edgier F Sport trim, that extra weight smoothing out bumps and dips impressively, unless such pavement imperfections arrive mid-corner at high speed, when all of its weight can hammer the front struts into their towers and potentially get the car out of shape. The RC 350 F Sport is a better car for such practices, or better yet an RC F.

Instead, I recommend the RC 300 AWD for those less interested in canyon carving and more into high-speed cruising, not to mention looking good while tooling through town. It’s ideal for both situations, as it provides plenty of comfort from a very impressive cabin. All the expected soft surfaces and high quality switchgear are present, as is a superbly designed mostly digital gauge cluster and an excellent infotainment display, while a stylish analogue clock reminds that premium coupes are supposed to be as much about luxury as performance. The leather-wrapped steering wheel looks all business, mind you, as do the nicely contoured sport seats, but the former gets filled with a bevy of convenient switches and the latter are inherently comfortable, a good thing as they’re not the most adjustable.

The rear seats were an afterthought, as is the case with most cars in this class. They suffice for smaller adults in a pinch, and are plenty useful for younger kids, but 2+2 seems an appropriate term in the RC’s case. This said the trunk is a disappointment, with just 295 litres (10.4 cubic feet) of space and only 60/40-split seatbacks for stowing longer gear, most of its competitors offering the convenience of a 40/20/40-split pass-through.

Of course, its V6 and lower gear count result in the poorest fuel economy amongst base luxury coupes, but most buying into this class should find its 12.6 L/100km city, 9.2 highway and 11.1 combined five-cycle rating livable, and like I noted earlier the bigger engine has its merits.

I don’t have specific intel regarding the RC, but this drivetrain has served Lexus reliably for more than a decade, while the brand rates higher than most rivals overall when it comes to dependability. I know I’m arguing pragmatism in a class that normally sells on passion, but let’s not forget that even the dreamiest of sports cars can turn into a nightmare if always in the shop. That shouldn’t be an issue with the RC.

Still, I can’t guarantee that purchasing an RC is the smartest move. In order to maintain strong resale values there needs to be ready buyers in the used market, and with such low sales it’s not able to pull from as large a pre-owned pool as its competitors. Then again there might be some spillover from the IS market, which earned second-place in Canadian Black Book’s 2017 Best Retained Value Awards (and third-place in 2016), beating all its German rivals, but the A5 won the Premium Midsize Car class of 2017 when ALG looks to future the in its most recent Residual Value Awards, and the 4 Series earned top rated Luxury Coupe in Vincentric’s 2017 Best Value in Canada awards.

In the end it’s a tough call, so buy the car you want. The RC 300 has a lot going for it, unique, sharp styling being one of its strongest suits. I certainly would understand why someone might choose this car over its competitors, even if only for its exclusivity. You won’t be seeing one of these coming around every other corner, and there’s something to be said for unique appeal in luxury circles. It’s like showing up at a Christmas party wearing a Grand Seiko, albeit with ten times the flash.
©(Copyright Canadian Auto Press)
Car Shopping Tools