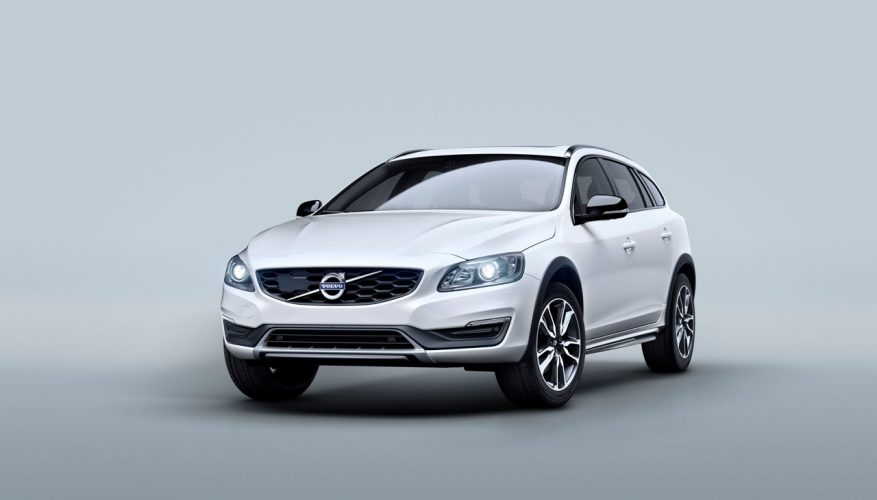 By: Trevor Hofmann
The Cross Country name is legendary within Volvo circles, but not only because of the V70 Cross Country crossover wagon that came along in 1997, which was one of the first within the Swedish brand to get the XC nameplate in model year 2003 along with the then new XC90 SUV. Many years before (decades actually) the Cross Country nameplate adorned a big Försvarsmakten (Swedish military) Laplander L3314-based 4×4 similar to Mercedes’ legendary Unimog, the Paris-Dakar rally-winning C303/304/306 that came along in the late ’60s and went on to win the revered motorsport event in 1983, also known as the “Terrängbil 11” (Terrain Vehicle 11).

Volvo’s latest Cross Country is said to offer “all-road, all-weather capability and rugged design” along with “V60 sporty driving feel with added ‘go-anywhere’ capability,” but they probably didn’t have the C303 in mind when making this claim. Of course, Volvo wants to sell a lot of V60 Cross Country wagons, not simply have the few ardent fans of its now classic 4×4 admire an SUV that can best almost any wheeled competitor in the unknown wild. No doubt the new V60 Cross Country will be taking on the wilds of the inner city and suburbia more often than the rugged 4x4ing and gravel roads its press release suggests, but Volvo promises good light duty off-road capability.

That rugged form Volvo keeps mentioning is comprised of front and rear skid plates, side scuff plates and fender extensions at all four corners, giving the car “an imposing, muscular presence that underlies its capable nature,” says Volvo, while Porsche Cayenne-style integrated tailpipes certainly add to the car’s sporting character. Finishing off the look and making the most of its raised stance, the V60 Cross Country gets unique “V” styled double five-spoke 18-inch wheels wrapped in higher profile rubber than the regular V60 wagon, which the automaker says adds comfort while reducing road noise and improving wheel protection “whether climbing curbs or negotiating rocky roads.”

Inside, Volvo skins the seats in brown stitched black leather for an earthy albeit upscale look that should go well with the contemporary design and high-quality finishings Volvos are known for.

US and Canadian-spec V60 Cross Country models, which will be some of the first available, are to be powered by Volvo’s 250 horsepower five-cylinder gasoline engine, with torque going down to all four wheels via an automatic transmission. Volvo quotes “highly competitive combined fuel consumption of 10.2 litres per 100 kilometres.”

The new XC Cross Country will debut at the Los Angeles Auto Show later this month.