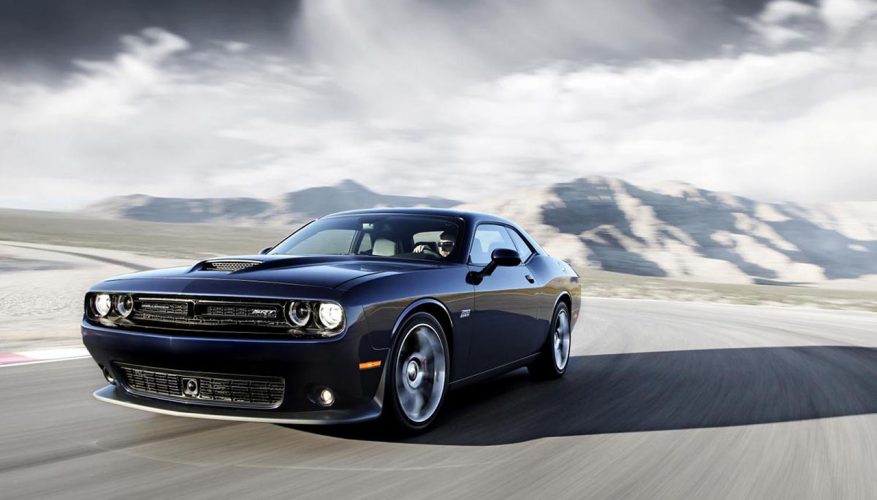 By: Trevor Hofmann
With an unprecedented number of recalls setting records throughout the auto industry this year, surprises are the last thing most consumers want to hear about in the news. Then again, in the case of the new 2015 Dodge Challenger SRT Hellcat, a bump of 100-plus horsepower in expected output is a surprise that many will celebrate.

The upgraded muscle car will soon deliver supercar-like output levels at a shocking 707 horsepower, more than a hundred horsepower more than the previously announced “600-plus” estimate. This makes the Challenger SRT Hellcat “the most powerful Challenger ever, Dodge’s most powerful V8 ever and the most powerful muscle car ever,” says Dodge in its press release. Likewise the muscle car’s torque rating was supposed to be in the range of 575 pound-feet according to SRT Powertrain Director Chris Cowland, but in actuality it will make 650 lb-ft of torque.

Where does all the power come from? If you read the fine print on the side of the front fender you’ll notice the word “SUPERCHARGED” in bright chrome, this being the first use of factory supercharging by either Dodge or SRT with a modern-day Hemi V8. It’s a screw-type blower from IHI, a company well versed in forced induction. When questioned why SRT engineers chose a supercharger instead of a turbocharger, Cowland explained to TheDetroitBureau.com that a supercharger was “a better match to the whole vehicle characteristics we were targeting, specifically instant throttle response and low-speed torque.” Additional engine upgrades include new forged high-strength alloy pistons with a diamond-like carbon coating for the pins, plus new conrods and a new crankshaft, resulting in 91-percent of the engine’s hardware being upgraded over the stock Hemi.

The sound of the new supercharged 6.2-litre Hemi should be impressive too, thanks to the first use of a fully active exhaust system on a Chrysler product.

Also big news, the Challenger SRT Hellcat will boast a new eight-speed TorqueFlite automatic transmission, Hemi-powered models previously only getting the old five-speed autobox. While positive there will be DIY fans chagrined that no manual gearbox is being offered, the mixing stick being reserved for less powerful models in the 2015 lineup such as the Dodge Challenger R/T and Hemi Challenger Scat Pack.

Similar to how Ford tames its Mustang Boss 302 by offering both regular and “Track” keys, the new Hellcat will get two different key fobs, the red one unlocking “the full 707 horsepower and torque potential of the Challenger SRT Hellcat engine; while the black key fob limits the driver to a reduced engine output of 500 horsepower,” says Dodge.

Last, but hardly least, the Challenger SRT Hellcat will get an all-new interior inspired by the 1971 Challenger.