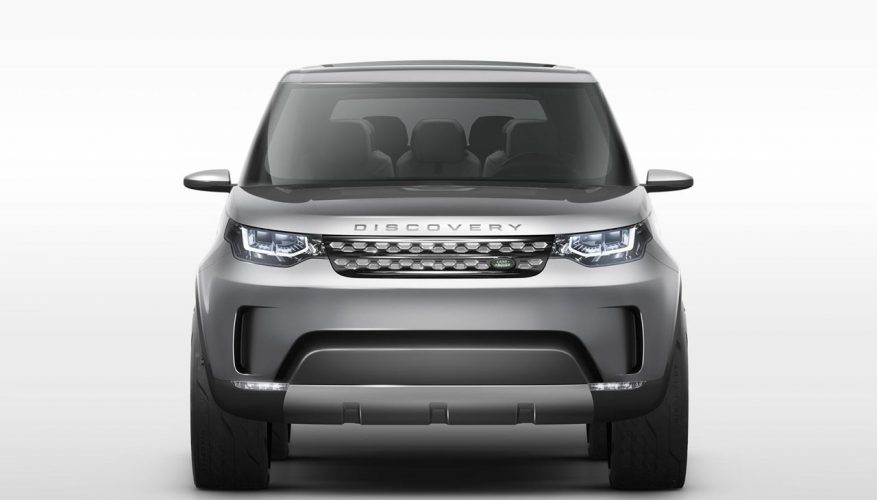 By: Trevor Hofmann
Now that every model within Land Rover’s Range Rover brand is fully updated and receiving accolades from industry professionals and customers alike, it’s time to refocus on the namesake brand that made everything possible. The current crop of Land Rover branded vehicles includes the compact five-occupant LR2 (Freelander in its home market and others) and mid- to full-size seven-occupant LR4 (Discovery in most other markets), but the Indian-owned British automaker has plans to expand.

Land Rover recently unveiled its Discovery Vision concept at the New York International Auto Show, and now the company has announced that the first SUV to utilize the prototype’s styling details will be a completely new model dubbed Discovery Sport. In a press release, Land Rover states that the new Discovery Sport will go on sale in 2015, and therefore we can assume it will be a 2016 model.

While other manufacturers like Nissan have tamed some of their off-road capable SUVs such as the Pathfinder, instead turning them into soft-roaders, Land Rover promises its new Discovery lineup will be fully capable off the beaten path.

“This will be the most versatile and capable SUV in its segment and is the first expression of the Discovery Vision Concept unveiled here in New York,” said Gerry McGovern, Land Rover Design Director and Chief Creative Officer.

According to Land Rover, the new model will be the spiritual successor to the aging LR2 (Freelander), allowing that model to gracefully bow out of production during its 2015 model year.

On that note, the Discovery Vision concept doesn’t attempt to break much new ground stylistically, pulling cues from current Range Rover models. Its long, lean lines evoke the Evoque, while its headlight and tail lamp designs are similar to those used on all Range Rover models.

The new Land Rovers will likely continue to target premium buyers too, and therefore be priced only slightly lower than similar products being offered by the Range Rover brand. We’ll know much more about what Land Rover has planned when the new production Discovery Sport arrives on an auto show stage later this year. Keep your fingers crossed that Land Rover gives its new Discovery models some truly distinctive character traits of their own, and positions them to be much more attainable than its Range Rover lineup.
©(Copyright Canadian Auto Press)
Car Shopping Tools