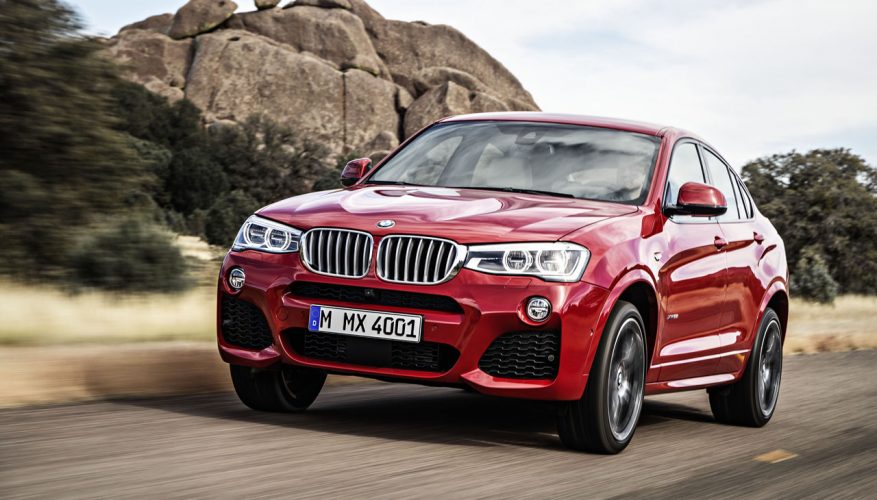 The fact that this particular "coupe" has four passenger doors and a large rear hatch isn’t important. What is important is that it’s slightly lower and longer than the X3, and with a fastback hatch it’s also clearly sleeker than the X3. This, combined with the fact that it is called an X4 (and we all know that BMW’s 4 Series cars are coupe versions of the 3 Series sedans), means it must be a coupe, of course. Or you could just say that it’s a scaled down version of the X6.

The X4, which will debut at the New York Auto Show in April, is based on the X3 platform, but designed to present a sportier character, according to BMW. It is 38 mm lower than the X3 overall, with the driver and passenger sitting 20 mm lower. Large air intakes at the front are combined with carefully designed character lines to help further create a low-slung visual impression. The roofline has a classic fastback shape, peaking above the front seats before swooping down smoothly to the back of the tailgate.

Under the hood, the X4 will be offered with a range of three gasoline engines and three diesel engines, although North American markets are only expected to be offered a familiar pair of BMW’s TwinPower turbo gas engines: either the 240 horsepower 2.0-litre inline-four in the X4 xDrive28i, or the 300 hp 3.0-litre inline-six in the X4 xDrive35i. A number of M Sport options, including aerodynamic and suspension enhancement kits, are also expected to be available, along with a full-colour Head-Up Display system.

At press time, Canadian pricing had yet to be announced, but the U.S. version is expected to start at US$45,625 for the X4 xDrive28i. Production, which is slated for the Spartanburg plant in South Carolina, is set to begin this spring.
©(Copyright Canadian Auto Press)
Car Shopping Tools