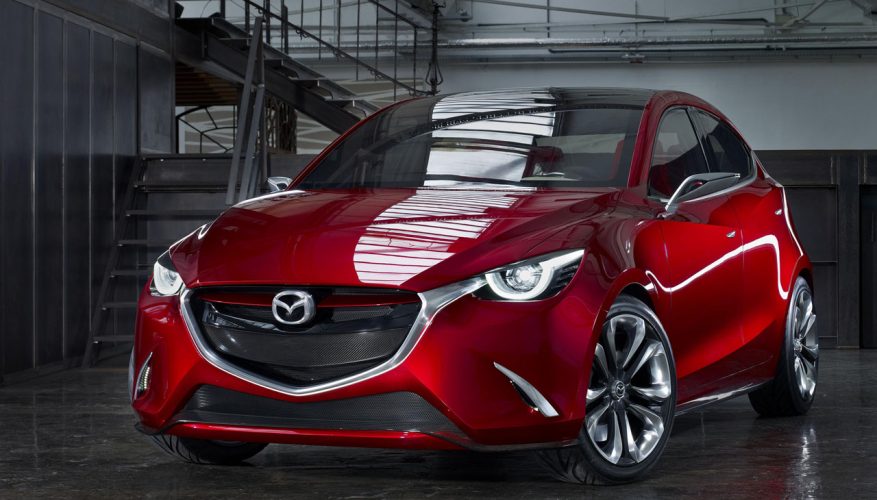 By: Simon Hill
Last month Mazda teased the public with a single close-up image of its Hazumi Concept’s headlight. Now the Japanese maker has debuted the subcompact at the International Geneva Motor Show and unabashedly admitted that it foreshadows the next-generation Mazda2.

"Mazda Hazumi indicates the exciting direction of Mazda’s products which, with no exception, will deliver Mazda’s unique driving pleasure," said Mazda president and CEO Masamichi Kogai. "We hope that they will enrich people’s lives, and help build a strong and lasting bond between Mazda and our customers."

Hazumi is a Japanese word meaning to "bound or spring up", and Mazda says the name was chosen to convey the image of an untamed animal leaping. "It is particularly fitting for a small car designed to look as if it is literally bursting with energy," explained the Japanese automaker. "The Mazda Hazumi expresses the ideal form of the company’s next-generation subcompact car."

Mazda also debuted its Skyactiv-D 1.5-litre diesel engine at the Geneva show, and although no specs were announced for the engine, the timing of the debut alongside the Hazumi Concept has led to speculation that the new Mazda2 will be the first model to offer the newly-developed small displacement clean diesel engine.

The next-generation Mazda2 is expected to be offered as both a hatch and a sedan (although likely offered only as a hatchback in North America), and revealed by the end of the year or in early 2015.